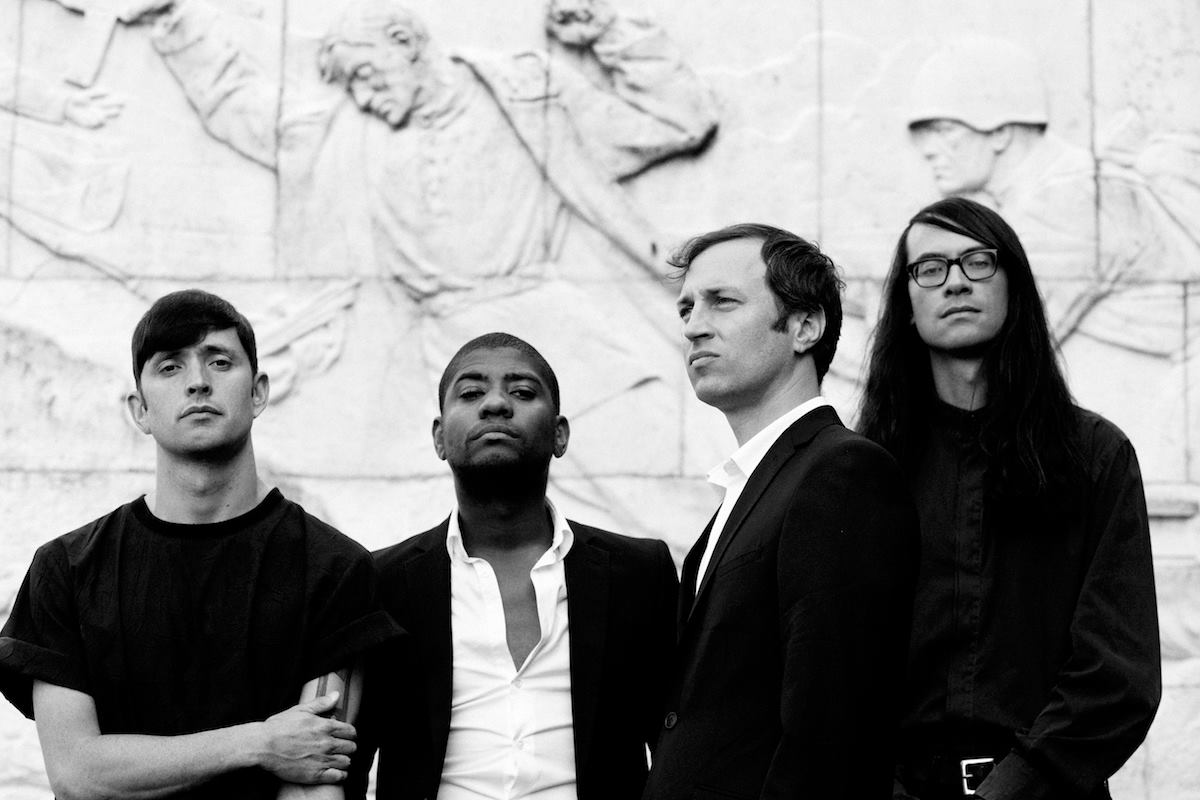 Franklin, Ryan and Lee met and grew up playing music together in Atlanta, Georgia, but Algiers was officially formed in London in 2007.

They chose the name in reference to a key historical site of anti-colonial struggle, symbolizing a contested space where violence, racism, resistance, and religion commingle.

The group released their first single “Blood” in January 2012 via Atlanta based label Double Phantom.

Byron Coley for The Wire wrote: “Although the fusion may have been touched upon in recordings related to both The Birthday Party and The Gun Club, Algiers are dedicated to grafting gospel music onto post-punk guitar-cuzz… This record is mesmerising and really sucks you in with its weird power.”

The band’s self-titled debut album was released through Matador on June 2, 2015. Ahead of their eponymous release, the band opened for Interpol, during their North American Tour.

Their live show has been described as “recalling at various points PIL’s dub-style expansions, Afrobeat, industrial, no wave, free jazz, Suicide, the XTC of Travels in Nihilon, Nick Cave’s fire and brimstone, and musique concrète.”