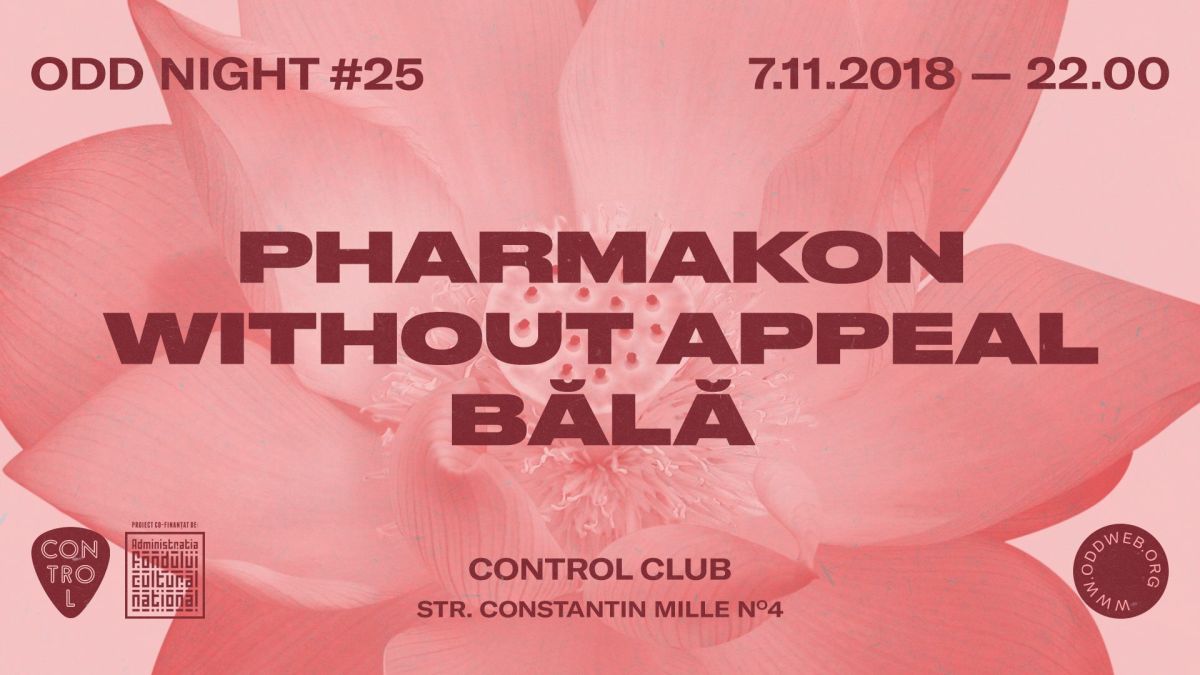 During this nomadic year, ODD NIGHTS has experienced an entire series of metamorphoses, from format to venue to this last minute line up change that we couldn’t be happier about. If anyone had told us even a year ago that we would end our fourth season with such a show, we would have never believed them.

Margaret Chardiet aka Pharmakon is not just a noise artist or a performer – her music has a visceral corporeality, almost tangible, sublimating emotion through a confrontational form of vulnerability. Through her live shows, Pharmakon completely blows up the convention of the passive spectator, pulling you out of your phone screen or daydreaming torpor through blistering walls of noise, shrieks and howls of gracious atavism, coupled with an incredible stage presence, reminiscent of punk brutality. The Greek pharmakos means both the curse and the cure. The tragedy and the catharsis. There are no better words to describe her music.

The Kiwi/Romanian interdisciplinary collab Without Appeal is an artist collective founded by Lia Boscu and Will Gresson.

Born out of a dialogue concerning notions of the archive, it functions as a framework to present research-oriented projects within wider collaborative networks. Without Appeal also operates as a self-publishing imprint, releasing books, zines and sound work in limited runs.

Bucharest sweetheart Bălă, previously known for being part of the psychedelic Plurabelle (with Fierbinteanu Gabriela and Cristian Fierbinteanu) and Fluid (with Paula Dunca), will complete the night with his fresh weirdo pop project, inspired by Teleorman mithologies inherited from his grandma, Dumitra.

ODD NIGHTS. Experimental social gatherings for your pleasure. Musical attempts at making the world a better place. No strings attached.